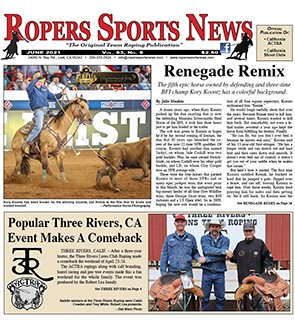 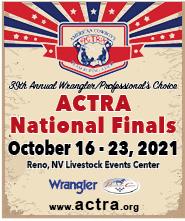 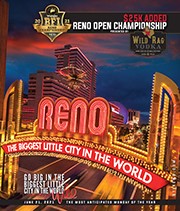 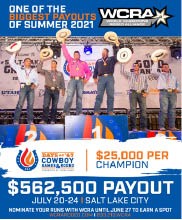 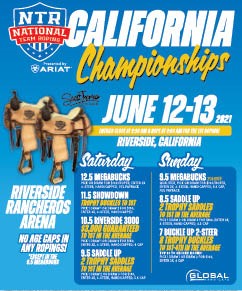 COARSEGOLD, CALIF. – #SmileLikeJen has become a common reminder among this widespread community of friends and family; a touchstone to help everyone stay connected to her and some of the things that Jennifer Lund­gren loved the most. There were definitely plenty of smiles all around the Coarsegold Rodeo Grounds as this group competed and laughed and joked and remembered the joy and smile of their dear friend at the first annual Jennifer Lundgren Memorial ATRA (American Team Roping Association) on May 9.
With a huge offering of events, the ATRA has always been a unique association with the ability to draw the entire family, and this past Mother’s Day was no exception. The day was kicked-off with a salute to Ol’ Glory, a prayer given by one of our junior contestants and led right into Jen’s favorite event: barrel racing. The 4D Open race drew entries from all over the valley, with Leighton Goerdt winning the 1D. Jennifer’s daughter Kayla claimed first in the 2D, with Alex Sandlin grabbing first in the 3D and Shellie McGrath bringing it home with the win in the 4D.
After the open barrel race, the peewee racers took their shot at the cans. First place in the peewee race went to Tenley Bigelow, followed by Brennan Putnam and Lissette Rowles in second and third respectively.
Last up on the cans were the parents (or a willing athletic stand-in) racing their little-ones through the pattern on a trusty ol’ steed for the leadline barrel race. Emma Sweeney took home the buckle for first place, followed by Waylon Babshoff and Boyd Fry respectively.
On the lawn above the arena, the kids gathered around to compete in the dummy roping and goat undecorating. First place and the buckle in the junior dummy roping went to Joe Martin who got to share the winner’s circle with his best friend, Skyler Lauzon, who won the buckle along with the championship for the senior dummy roping. Winning his first buckle ever, Hank Weeks took home the win in the goat undecorating with a smokin’ time of 7.2 seconds.
As is customary for the ATRA, the arena was full of ropers for the second half of the day. Leading off were the Open 2D and PeeWee Breakaway pots, relatively new but exciting additions to the ATRA line-up! Cassidy Cook claimed first in the 1D with a time of 4.95 on two. Briley Dahlem took first in the 2D with a time of 6.99. The PeeWee pot went to Skyler Lauzon in first with a time of 13.81 on two, followed Shiloh Tipton with a time of 14.96.
The warm-up pot led the team roping events for the day and drew an impressive 63 teams. Landon Gill and Tim Gaither won it with a time of 21.02 on three.
Then came the pinnacle ATRA event: the 6 Steer. A tremendously entertaining pot to both enter and watch, the 6 Steer is a non-progressive, round-robin draw-pot event, where ropers of all ages and handicaps are all thrown in together and re-drawn in each round. The coveted 6 Steer title and first place buckles went to Seth Mielke and Cody Robbins, followed by Chyann Henry and Jason Sanders, Justin Dahlem and Gary Santo and Dustie Christiensen and Allen Pettit.
Each ATRA concludes with the Ladies/Youth 4 Steer event. This event is a hallmark of the ATRA and its roots that have always been centered around including and encouraging the entire family to join in on the fun and camaraderie of this amazing sport. Run the same way as the 6 Steer, all women and all kids ages 8-18 are eligible to enter and teams are re-drawn each round. First place buckles went to Ace Dahlem and Alex Bargas. Georgene Mielke and Karen Dias claimed second and Jack Fisher and Johnny Fisher snapped-up third.
The ATRA board would like to extend a huge “thank you” to each and every volunteer who helped to make this event possible. A special thanks goes out to Melinda Worstein who made and donated a beautiful quilt which was raffled off along with a beautiful headstall donated by Nicole Sanders and a pair of sterling silver earrings donated by Evan’s Feed. ATRA was most honored to donate the overwhelming proceeds of the raffle to the Lundgren family. And last, but certainly not least, we would like to heartily thank and acknowledge all of our event sponsors to date for their contributions: Circle N Saddlery, Ryan and Tina Rocca/Double R Cattle Hauling, Nicole Lerno/Farmers Insurance, Dionna Paris, Erik Lundgren, VDFC, Inc. (the Verhoeven family), Carlos and Andrea Martinez (M4 Ranch), Dave and Melinda Worstein, the Maltsberger family, Bill Oglesby and family, Quality Well Drillers (the Silveira family) and Lindgren’s Valley Mobile Marine
The next ATRA event will be the Stan Sanders Memorial on Sunday, June 27, at Forzano’s Arena in Lemoore. See the ad in this issue of Ropers Sports News for full event details. 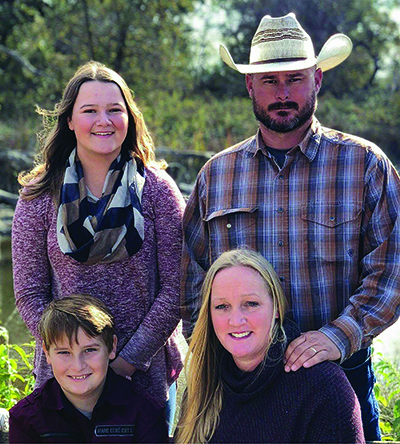 Jennifer Lundgren passed away in January of this year and was honored by ATRA (American Team Roping Assocation) with an event fittingly on Mother’s Day in Coarsegold, Calif. Also pictured in this photo are Jennifer’s husband, Erik, and their children Jakob and Makayla. 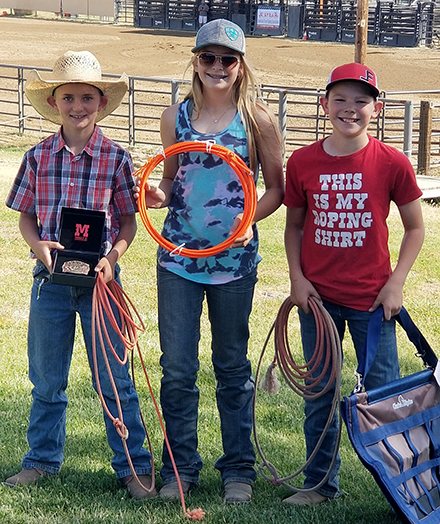 ATRA has always been a unique association with the ability to draw the entire family to its events. Senior dummy roping winners, left to right: Skyler Lauzon, Taylor Bigelow and Gavin Caglia. 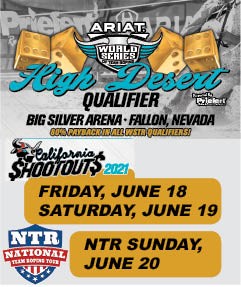 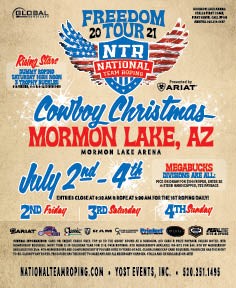 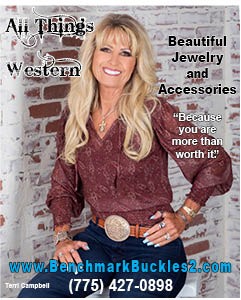 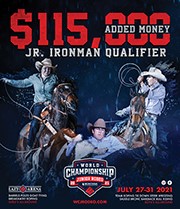