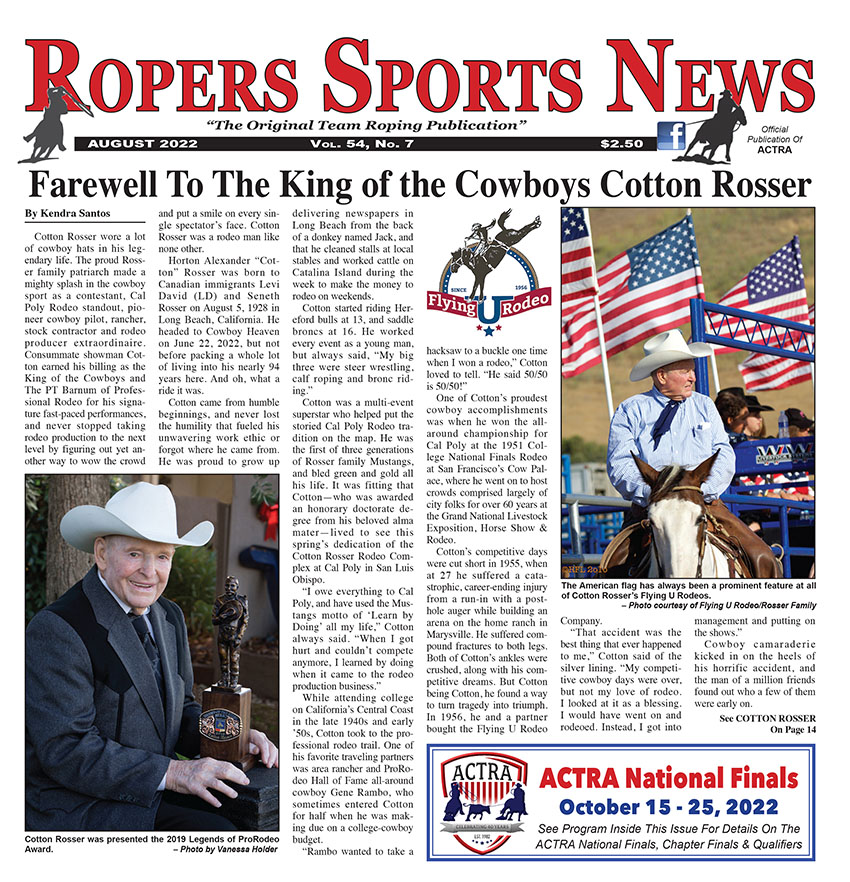 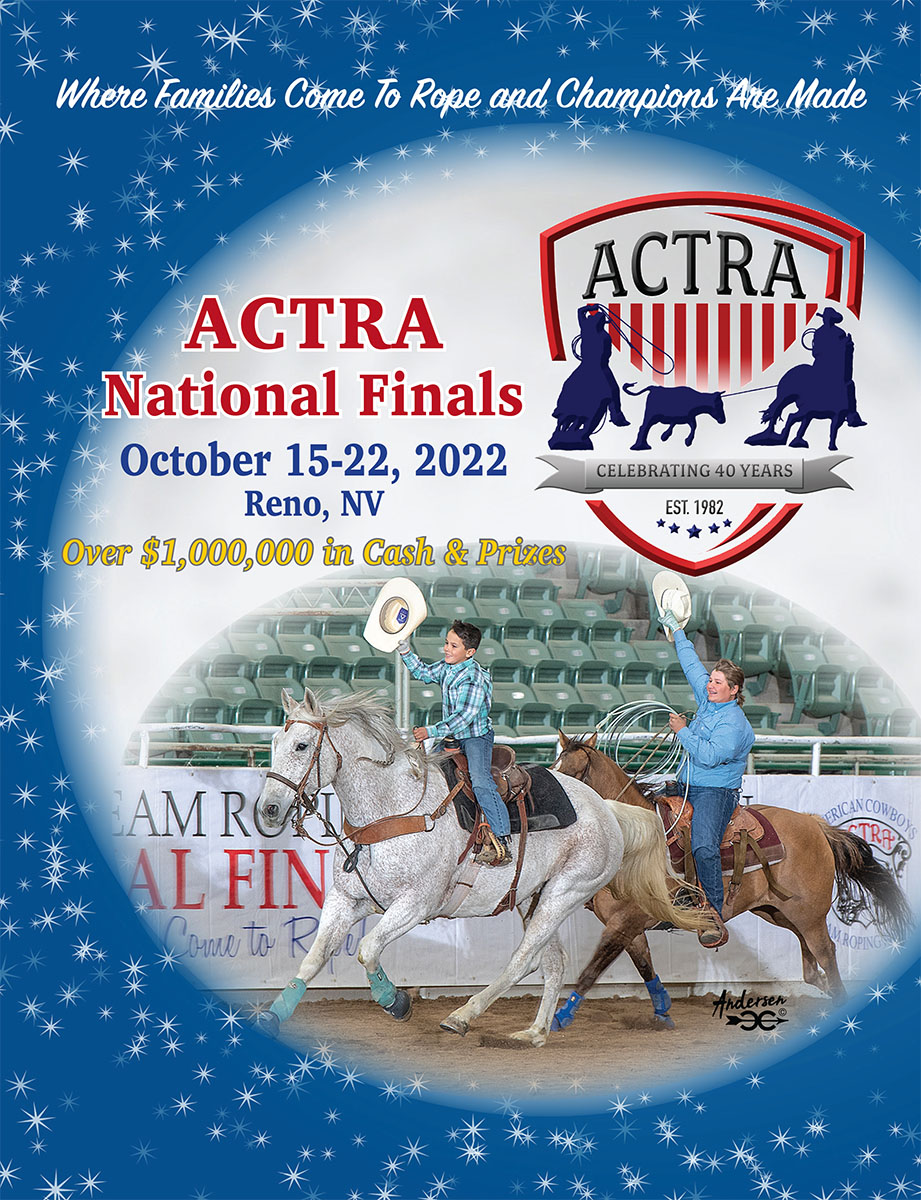 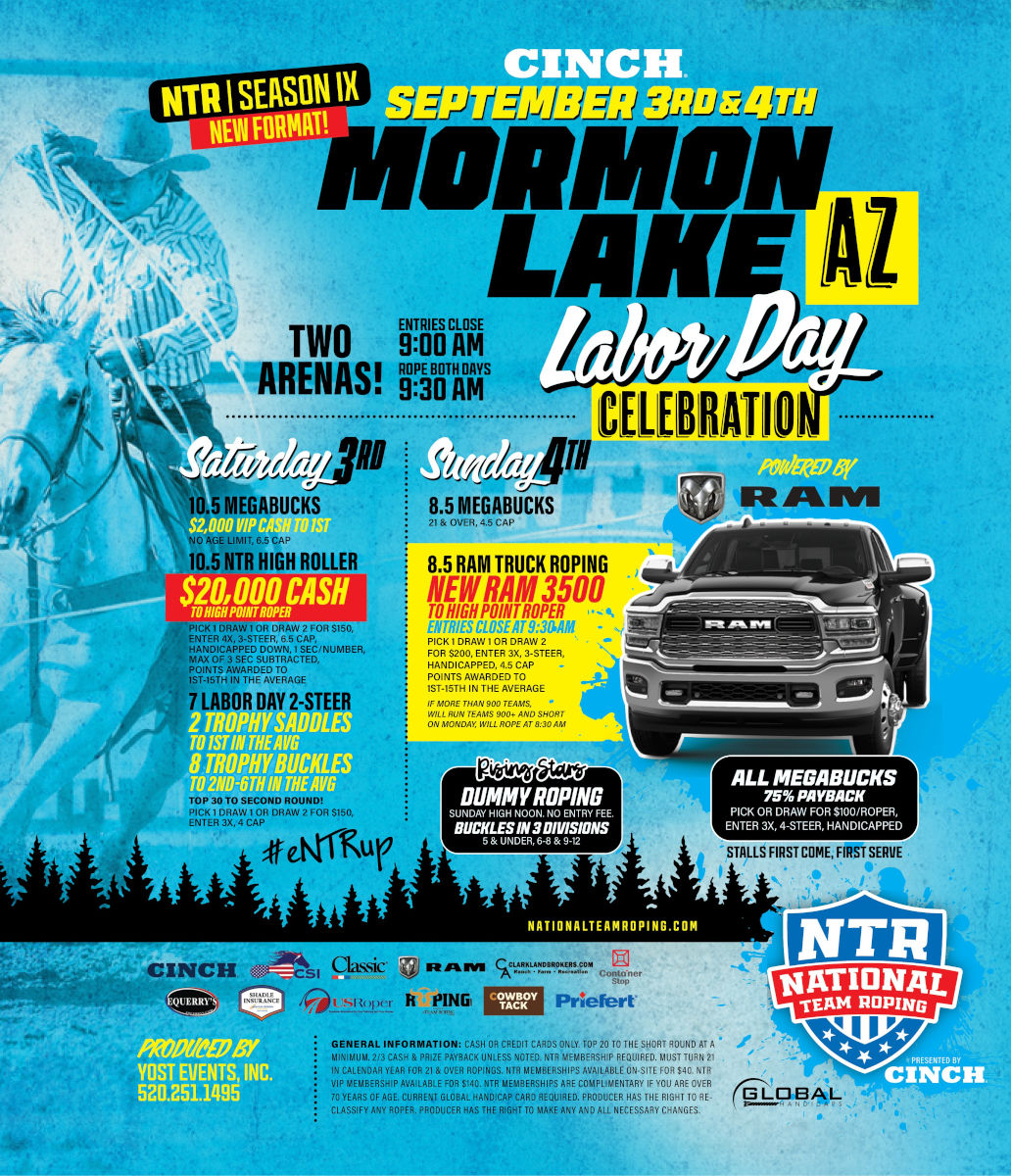 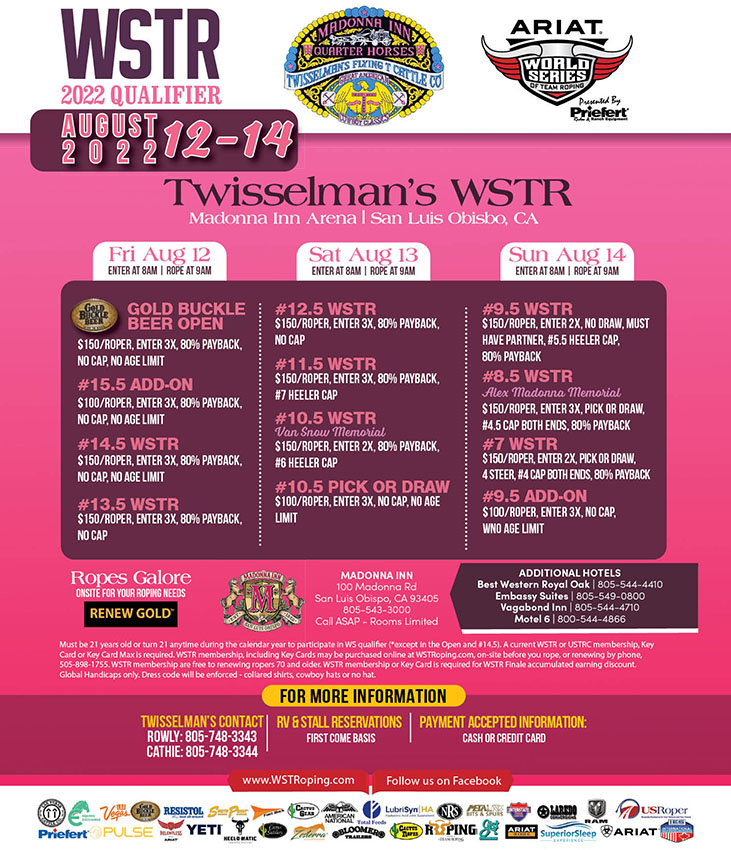 PHOENIX, ARIZONA – Organizers of the Bob Feist Invitational (BFI) – the world’s richest one-day roping for pros – will celebrate its 45th anniversary next spring in the 440-foot arena designed for long scores and hard-running steers.
The event that was pushed to Guthrie, Oklahoma’s Lazy E Arena during the past two years of pandemic-protocol uncertainty in Nevada will now call the Lazy E home. Its scheduled date of April 2, 2022, means a Saturday BFI for the first time, three weeks after the Lazy E hosts its annual Timed-Event Championships of the World.
“I actually think the BFI fits the Lazy E Arena better than it did Reno,” said former NFR heeler Billie Jack Saebens, whose horses have been honored at past BFIs. “I like the ground in Guthrie way more; horses do better in there. It’s just an amazing facility. You can’t hardly beat the Lazy E, I don’t think.”
“King of the Cowboys” Trevor Brazile, the 26-time world champion and 2013 BFI champ, likes the roping in Oklahoma for more reasons than proximity to his north Texas home.
“Having the BFI at the Lazy E is a marriage of two of the industry’s most historic institutions,” said Brazile. “Both have helped define the sport of team roping and the Western industry as a whole, fueled by owners and producers who understand the value of this great way of life. The BFI’s location in Guthrie for the 45th anniversary will allow more ropers and fans to experience the event – continuing to help the sport thrive.”
The BFI is to team roping what the Masters is to golf and Wimbledon to tennis. And the move makes more secure the BFI’s legacy as roping’s longest-running major, considering Reliance Ranches – and the Lazy E Arena – are owned by father-and-son team ropers.
“I’m sure very pleased about this,” said Gary McKinney, Chairman and CEO of Reliance Energy, Inc., and owner of Reliance Ranches with his son Micah McKinney since 2013. “I just couldn’t be happier about it. Fans packed the seats so much that first year in the midst of Covid. We can’t hardly stand much growth from there, so I think it might become a tough ticket to get. It’s fun to have it.”
Festivities are expected to kick off Thursday, March 30, with the Hooey Jr. BFI events. On Friday, April 1, the brand-new BFI Legends roping will be a great one to watch, followed that night by the traditional free dinner and Feist cowboy auction at Edmond’s Hilton Garden Inn Hotel. The 45th BFI on Saturday will again anchor the customary $2.5 million week of amateur ropings including various numbered and age- or gender-restricted jackpots.
Last March, a married couple cashed a $134,000 check in the #12.5 roping, while Lari Dee Guy took home $28,375 from the Charlie 1 Horse All-Girl Challenge and two teenaged teams of winners earned $55,000 collectively in the Hooey Jr. BFI. But most memorable was when the sold-out BFI crowd in Guthrie watched Manny Egusquiza and crowd-favorite Kory Koontz split $154,000 cash.
“Reno was good, but we didn’t know any better,” said Cactus Ropes’ Mike Piland. “The Lazy E makes perfect sense, because it’s centrally located right in the middle of cowboy country and easy to get to from five or six states. Another plus is never having to worry about it being shut down at the drop of a hat. Oklahoma will say, ‘Nope, we’re having a roping.’”
Details are still being worked out on the final schedule of ropings, plus planned additions to BFI culture for non-ropers that include hat-shaping and wine-tasting activities. These are on tap in the popular cantina that overlooks the Lazy E’s climate-controlled three acres containing the world’s largest indoor equestrian arena.
Entries will open December 20 and close March 1, 2022. All ropings except the BFI – which will take the first 125 paid teams – can be entered on-site for a $100 late fee.
For more information, visit www.BFIWeek.com and www.Facebook.com/BobFeistInvitational.

About Ullman-Peterson Events: The Phoenix-based production company helmed by Daren Peterson and Corky Ullman has owned and produced the Bob Feist Invitational since 2012 and purchased the Reno Rodeo Invitational team ropings in 2015. Founded by notable rodeo announcer and publisher Bob Feist in 1977, the BFI is the richest team roping event for professionals and one of the most prestigious, due to its limited roster and long head-start for steers. The high-stakes amateur, female and youth roping events surrounding the BFI comprise Wrangler BFI Week – the most lucrative one-day events of their kind. 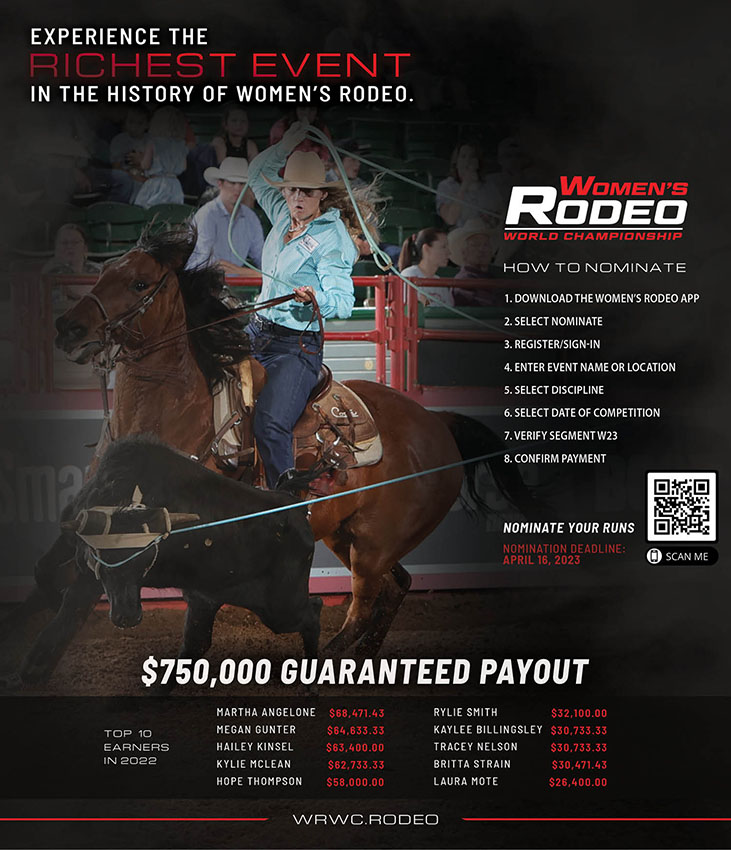 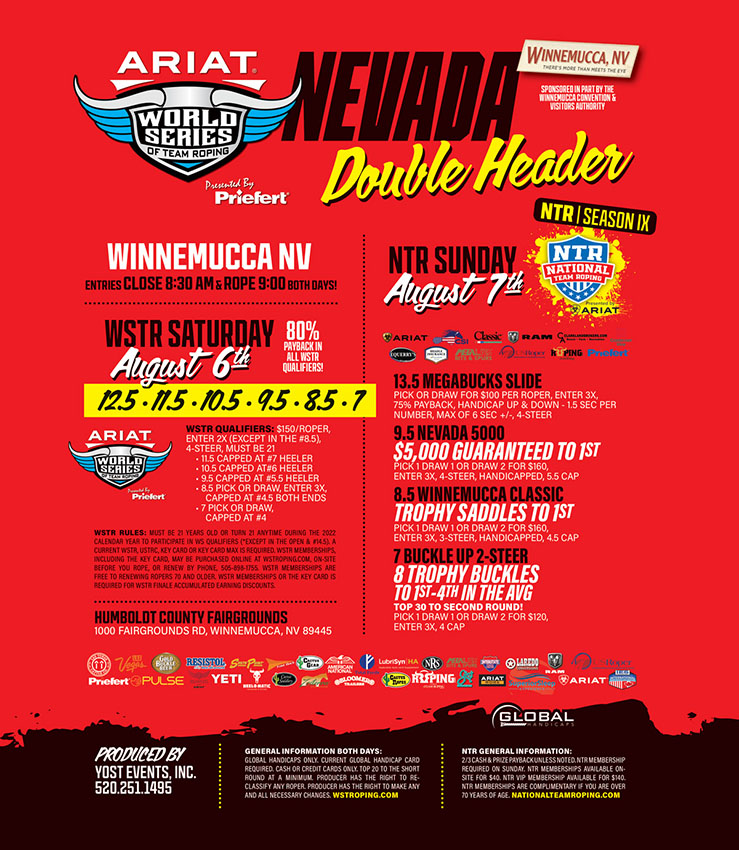