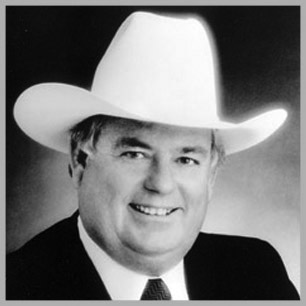 Robert (Bob) Thain, a ProRodeo Hall of Famer, passed away peacefully Monday, Aug. 2 at age 85 following a brief illness.
Thain was inducted in the Hall of Fame in Colorado Springs, Colo., in 1999 as a Notable for his contributions to the sport of rodeo. Thain helped reorganization efforts as co-commissioners of the PRCA, was part of efforts to move the National Finals Rodeo from Oklahoma City to Las Vegas and was on the PRCA Board of Directors for nearly two decades.

Thain was born in Portland, Ore., on May 27, 1936, to Robert and Thelma. The family moved to a ranch in Walnut Creek, Calif., and so began his lifelong “Western Way of Life.” He grew up around horses, riding his horse to the meat market in town for his mother and to school. The family went to the famous Cow Palace Rodeo every year.
Thain attended Acalanes High School where he excelled mainly in football. When he was drafted, he was sent to Germany to play football for the U.S. Army. Upon his return he enrolled at Diablo Valley College, again concentrating on football. Newly married, his wife, Marilynn, and his father cautioned him that he would need to find a “real” job that would provide a decent income. Thain commented many times that his pops would never believe the salaries of pro football players.
Thain did go to work for his dad’s printing company, which made the plates to print milk cartons. He traveled all over the U.S. and Mexico, establishing a printing plant in Mexico to also produce milk cartons. During his travels, he met a man who hired him to sell tickets for his circus company. Promotion suited Thain well, so he looked for other opportunities. Along came Cotton Rosser and thus began Thain’s involvement and love of the sport of rodeo.
The “big man in the white hat” lived an adventurous life and had a fulfilling career. Thain originally partnered with Dave Johnson to form Thain & Johnson Enterprises. They were selling tickets to concerts, circus and racing events when the opportunity to promote rodeo entered the picture.  Thain and Johnson became the largest rodeo promotion company in the country, producing 30 rodeos in 21 states every year, including Hawaii and Alaska. Based in Santa Cruz, Calif., Thain was on the road and in the sky 40 weeks a year, with numerous offices and thousands of temporary staff to oversee. This took a toll on his marriage, and he and Marilynn divorced, remaining friends for the rest of his life.
Thain enjoyed trap shooting during his limited spare time, which is where he met his second wife, Linda, and they shared more than 35 years of a wonderful loving relationship. They established their home at their Thom’s Creek Ranch in Alturas, Calif., where they raised longhorn cattle and miniature burros. They divided time between Reno, Nev., the ranch and a summer home in Gold Beach, Ore., where they moved full time a few years ago.
Thain and Johnson dissolved their partnership, and Thain moved his base of operations to Reno as Bob Thain Productions. In 1985, when the Professional Rodeo Cowboys Association was going through tough times, Harry Vold and Shawn Davis asked Thain and Eldon Evans to head the reorganization efforts as co-commissioners in 1985-86. When they took over, volunteering their time, the PRCA was $200,000 in debt. When they left a year later, the organization had $1 million in the bank. For his tremendous contribution, Thain was awarded the PRCA Man of the Year in 1987.
Thain was a people person. His productions always had the fans in mind, with family tickets a priority, and he not only wanted the best stock and contestants, but also quality singers and entertainment. His sponsors were mainly law enforcement and firefighter organizations as their fundraisers, whom he always paid up front, a novel concept which led to years-long relationships of mutual respect and appreciation.
Among his many productions was a rodeo at the Rose Bowl, which drew 52,000. His work with the PRCA led to his involvement with the NFR and its move from Oklahoma City to Las Vegas in 1985.
Thain served on the PRCA Board of Directors for 19 years, three as chairman, 18 years on the NFR Board of Directors, was the executive director of the Pro Rodeo Stock Contractor’s Association, general manager of the successful Benny Binion’s Bucking Horse & Bull Sale for eight years, and produced the National Senior Finals Rodeo for five years.
He edited and produced the glossy coffee table book “100 Years of Rodeo Stock Contracting,” which sold out and is now a collector’s item. He represented the PRCA during the Canadian Finals Rodeo many times and the 1988 Calgary Winter Olympics Special Rodeo. Thain produced the 2002 Winter Olympics Rodeo in Ogden, Utah, as well as a special production for the world downhill skier championships in 2000.
During his years selling tickets for the Reno Rodeo, the rodeo increased its production from a three-day rodeo to its current 10 days.
Thain was retired from the NFR Board of Directors during a ceremony in the arena in front of 17,000 fans during the 2005 NFR and officially retired from business in 2008 but never stopped his interest and involvement in rodeo. He leaves behind many friends and admirers in that world.
Thain was preceded in death by his parents, his sister, Mitzi, and niece, Shari.
Thain was a good man and will be sorely missed by his loving wife, Linda; her two children; two grandchildren; and six great- grandchildren; his nephew, Jon (Laura) Goens; his friend and former wife, Marilyn (Dave) Zittlow; numerous relatives and friends.
Thain wanted his legacy to be that he left the rodeo business better than he found it. He would appreciate any contribution honoring his life to be made to the ProRodeo Hall of Fame in Colorado Springs. At his direction, there will be no services.
Thain will be remembered at a memorial during the NFR in December in Las Vegas.