Hi, I’m Lane Santos-Karney. Thank you for taking the time to check  out my blog here on ropersportssnews.com. I would like to personally  thank Stephanie Anderson for all her support and time spent, not  only on my behalf, but for the entire industry in her work for  Ropers Sports News and the Bob Feist Invitational Team Roping  Classic over the years. It is my goal to make my journey your  experience for those of you who follow my blog. Thank you for your  support.

I’m so truly blessed to have the people and support I have in my  life. During the final weekend in March, my younger brother, Taylor,  and I competed at the Challenge of Champions in Plymouth California.  It’s where the top three in each event from each of the nine  California High School Rodeo Association districts throughout the  state compete. I was fortunate enough to win the steer wrestling and  all-around titles. I bring this rodeo up because of all the great  people, and great times high school rodeo has supplied Taylor and I.  A big thank you to Candy Luce and Claudia Adams for their endless  work in the office to keep the rodeo rolling! Also, Steve Goedert  and Chad Nicholson again called the action, and made it feel like a  real rodeo.

The first weekend in April found us at a multi-district high school  rodeo in Salinas. What an amazing experience, and honor, it was to  compete in that arena. My papa, and hero, Frank Santos, had success  there in the tie-down roping, team roping, and steer wrestling over  the years, and won the All-Around title there in 1974, so it was  just awesome to be rodeoing there. I’ve gone there since I was  little to watch and follow my mom, Kendra Santos, around as she  covered the Hall of Fame rodeo every July, so I’ve seen a lot of  runs there. I was just in awe riding in that arena. You don’t  realize how big that arena is until you ride from one end to  another! It was an absolutely flattering experience to get to go  there. I was lucky enough to win the boys cutting, tie-down roping,  and the all around. Taylor and I won second in the team roping and  he won the steer wrestling. Also, thank you to Pete Holman for the  opportunity to ride his daughter Billie’s breakaway horse, Chico, in  the tie-down roping when I needed a mount. It really means a lot to  have the friends I’ve made.

I attended Open House at Cal Poly-San Luis Obispo, where I’ll be  attending in the fall that next Friday, April 15. It was fun to go  check out the campus, and meet faculty and other future students.  I’m looking forward to that time in my life. I’ll be on the rodeo  team there, and majoring in Communication Studies.

That weekend was the Poly Royal college rodeo at Cal Poly, which is  always fun to go to every year. I had fun going, and announcing the  slack Saturday morning. Following slack that day, my mom, Taylor,  and I went out to Tim and Karen Twisselman’s for a crawfish feed. My  good friend, and Tim and Karen’s son, Sterling, is dating a girl out  here from Louisiana, Jere Kleinpeter. Her dad, Jerry, was out for  the week and brought with him some Cajun cooking. What an  experience! We had a wild time figuring out how to crack and eat the  crawfish.

On Thursday, April 21, I again attended the James Pickens Jr.  Foundation Charity Roping at the historic Tejon Ranch to announce  the roping. What an opportunity to get to spend some time with  Grey’s Anatomy star James Pickens, and some of the greatest open  ropers in the world! It was a blast to call the action with the  likes of Clay Tryan, Travis Graves, Jade Corkill, and winners Turtle  Powell and Jhett Johnson. Not only the ropers, but also their  phenomenal horses are always a treat to watch.

Two weekends ago, Taylor and I had our District 7 High School Rodeo  Finals in Santa Ynez. It was a lot of fun to cap off the year, and  it now lets us move our focus to State Finals in June, in Bishop.  Thank you to my Papa Frank for letting me take his heel horse to  ride to the calf roping average win down there. It was a lot of fun  to ride him down there, because it was the first rodeo we’ve hauled  him off to for the calf roping since we started him on the event.  I’m starting to think I might even take him to the state finals.  Ending my district-level high school rodeo career with the district  tie-down roping, steer wrestling, team roping, boys cutting, and all- around titles was a memorable ride. Glory to God. I’ve been blessed  with great friends and family. Thank you to Taylor for being my best  friend.

This past weekend as we relaxed and enjoyed Mother’s Day weekend,  and I kept up on the professional rodeo results from the weekend of  rodeos, I was tickled to see Trevor Brazile’s dominance. This time,  it was the team roping average with Patrick Smith, the steer roping  average and a go-round win in the tie-down roping en route to the  all-around title at the Guymon (Okla.) Pioneer Days Rodeo, just 30  miles up the road from where the eight-time World Champion All- Around Cowboy grew up in Gruver, Texas. All told, Trevor won over  $14,000 at that one rodeo alone, and he’s now less than $7,000 away  from becoming the first cowboy ever to win $4 million in the rodeo  arena. Beating Cody Ohl in a match calf roping in Denton, Texas,  gave him about a $26,000 weekend.

The only eight-time world all-around champ ever owns them all when  it comes to records. But as a kid who’s grown up watching every move  he makes when I see him at Reno or the NFR, and having gotten to go  to the photo shoot that was held up in his penthouse at the top of  the MGM Grand last December, Trevor Brazile is so much more than  just the greatest cowboy ever to pick up a rope. We’ve almost began  taking Trevor for granted, but he is just a super cowboy, a super  horseman, and a super human being. He’s such a smart guy, and is  such a complete professional. His sincerity is what is so impressive  to me. When we were up at his photo shoot in Vegas, after he’d just  clinched his eighth all-around gold buckle, on his way to his second  triple crown, Trevor Brazile congratulated me on my recent success.  Here was this guy who is on top of the world, caring about how this  kid from California had been doing. The guy is, without a doubt, the  greatest we’ve ever seen. This is not the last time I’ll bring him  up, because he’s worth talking about!

Thanks for checking in on my first blog. I look forward to bringing  the action to you. It’s my journey, and your experience. 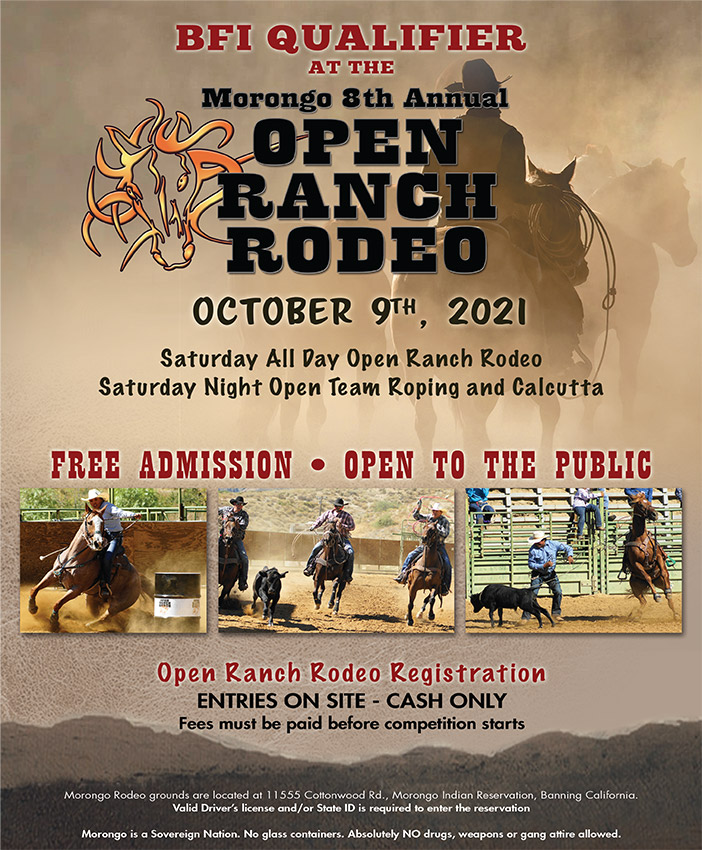