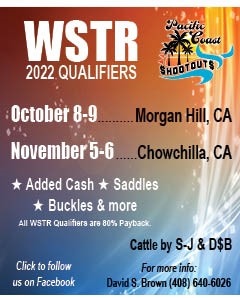 Farewell to the King of the Cowboys Cotton Rosser 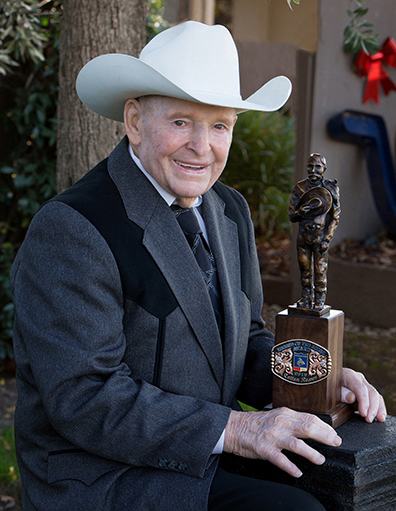 Cotton Rosser was presented the 2019 Legends of ProRodeo Award. – Photo by Vanessa Holder

Cotton Rosser wore a lot of cowboy hats in his legendary life. The proud Rosser family patriarch made a mighty splash in the cowboy sport as a contestant, Cal Poly Rodeo standout, pioneer cowboy pilot, rancher, stock contractor and rodeo producer extraordinaire. Consummate showman Cotton earned his billing as the King of the Cowboys and The PT Barnum of Professional Rodeo for his signature fast-paced performances, and never stopped taking rodeo production to the next level by figuring out yet another way to wow the crowd and put a smile on every single spectator’s face. Cotton Rosser was a rodeo man like none other. 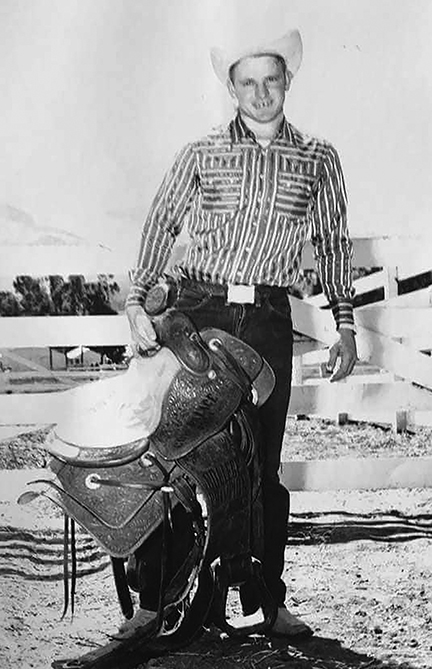 Alumni Cotton Rosser was instrumental in the development of the Cal Poly Rodeo Program.  – Photo courtesy of Flying U Rodeo/Rosser Family