Paul Carney: A Lot in a Short Time

Paul Carney was one of 61 men who walked out of performing at the Boston Garden Rodeo in 1936. They demanded better treatment. While the show’s organizer, Col. Johnson, was livid and originally refused to give in to the cowboys, a truce was eventually reached. This event led to the formation of Cowboy Turtle’s Association (CTA) which was the beginnings of the Professional Rodeo Cowboy Association (PRCA). 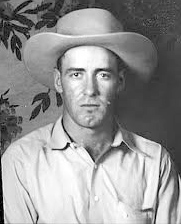 Paul was born in the small town of Galeton, Colorado on September 21, 1912. His father, N.V. Carney, had a homestead where they farmed and ran livestock. Young Paul became interested in the livestock operation and respectfully left farming alone. He developed a knack for breaking and training horses, and from thereafter, he just wanted to be a cowboy!

Paul was always proud of his small-time Colorado roots (Galeton, in far Northeastern Colorado, only had about 150 residents). He would always list his address as “Galeton, Colorado” for the announcer to call out.

He entered his first rodeo, the Greeley Stampede at the young age of 15. The following year he won the rookie bronc riding at Cheyenne Frontier days and thereafter was a rodeo cowboy for most of the rest of his life.

Stock contractor, Verne Elliot, took young Carney under his wing, giving him a job. This allowed Paul to compete at rodeos as he worked for the contractor. He even got to compete in London, England in 1934 (he was only twenty-one) thanks, in part, to Elliot. Paul was soon off and running with his rodeo career and he did not need the safety-net of a job any longer (although he and Elliot remained life-long friends).

Was it because he was good at four events? Perhaps. Or could it have been a shirt? Burel Mulkey, who had won the 1938 All-around World Championship, gave Paul the shirt he was wearing...they joked about it, but you know how some rodeo superstitions are. Carney was also known to have a dry, but active sense of humor, taking a joke just as good as he gave one out.

Carney was also given credit as the first man who figured out that if you bent the shanks of your spurs in and down that it helped keep contact with a bucking animal. Roughstock spurs have been designed that way ever since and he was jokingly called  “Shanks” Carney for many years.

Paul was easy going, yet very popular, and also a leader. World Champion Gene Pruett, once said, “Paul was one of the world’s greatest riders. Although quiet and unassuming, he was a leader among rodeo cowboys.” He was actively involved in the early CTA, holding card number 21. He was on the board as the steer riding representative (It would be “bull riding” now-a-days, but back then they rode long and lanky, thousand-pound plus steers—some as big as horses.)

Shortly after winning the World All-around Championship in 1939, Paul and his wife, Lillian, moved to the Phoenix (Chandler), Arizona area and started a construction company along with his brother, Albert. The couple also raised horses on their “Diamond Two” ranch. In 1942, the Carneys purchased champion quarter horse, Little Joe Jr. (out of the great stud, Joe Bailey), and brought him to their ranch. During this phase of life, Paul continued competing in rodeos, although more on a local level. All-the-while he raised great quarter horses and ran the construction business.

Just as he was in the prime of life, while working on a road project near the Grand Canyon on June 24, 1950, Paul Carney fell over dead from a heart attack. It seemed hard to believe he was only 37 because he had accomplished so much. 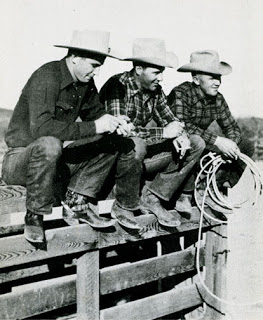 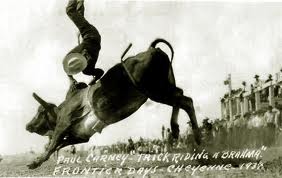